Jail, bankruptcies and death — 2019 was a tough battle for Indian tycoons 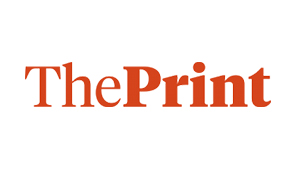 Mumbai: For many Indian tycoons, 2019 turned woeful as lenders — empowered by the nation’s recent bankruptcy law and desperate to clean up soured debt from their books — started seizing assets of delinquent firms or dragged them into insolvency.

Indian banks wrote off a record $39 billion of loans in the 18 months through September in a bid to repair their balance sheets as they battled the world’s worst bad debt pile. Making matters worse, a shadow banking crisis led to a funding squeeze, crushing debt-laden businesses that were critically dependent on rollover financing.

“Life has come a full circle for tycoons that had enjoyed debt-fueled growth,” said Nirmal Gangwal, founder of distress and debt restructuring advisory firm Brescon & Allied Partners LLP. “Many firms collapsed like a house of cards. The downfall was rather unprecedented.”

The government has also been cracking down on economic crime to assuage public anger over absconding businessmen. It’s even barred some from traveling overseas if they were deemed a flight risk.